Kenya is a nation which is heavily populated by sports lovers and many of their residents love to place a wager on the outcome of their favourite events. As a result, sports betting has significantly increased in popularity in East Africa and the last decade have seen a number of companies begin their operations in the country.

The bookmaking industry has a reported turnover of at least $20 million with gambling becoming a popular past-time over the last five years, particularly in major cities such as Nairobi.

It is liberally regulated and there are numerous options for bettors in Kenya. This is likely to result in increased turnover throughout the next twenty years. It’s a growing industry and there are plenty of ways to get involved.

At the time of writing, over 30 different bookmakers are currently operating in the country and that gives bettors plenty of options when it comes to placing wagers.

Is Online Betting Legal in Kenya?

Absolutely. Kenyan gambling laws actually date back as far as 1966 with lottery products dominating the landscape for many years. The government is very receptive to new operators launching in the Kenyan market and it has also welcomed competition from overseas.

Sport Pesa picked up their license in Kenya in 2013 and the government have opened up this ever-growing sector since their launch.

Whilst the law doesn’t specifically allow overseas companies to operate in Kenyan, it doesn’t explicitly prohibit them and the authorities are extremely liberal when it comes to this activity. Nobody has been prosecuted so far.

What Sports are Popular in Kenya?

Soccer –Without doubt, soccer is the most popular sport in Kenya and is very closely followed by the majority of bettors in the country.The game is not only played by the younger generation, it is followed closely by a large percentage of the population and the games are regularly screened through stations such as Premier League TV. The Kenyan Premier League takes place on a weekly basis and whilst it does attract some betting money, the top European leagues still tend to dominate.

Many Kenyans tend to select a European team to follow and there are numerous Manchester United, Liverpool and Barcelona fans in the country’s major cities. Kenyan bookmaker Sport Pesa recently begun sponsoring Premier League side Everton.

Most of the betting specials/enhancements tend to be focused on La Liga, Premier League, Serie A and the Bundesliga and these divisions attract the majority of wagers.

Basketball – American sport has become increasingly popular in Kenya despite the time difference. The NBA is a league which is watched regularly by sports fans and it tends to attract plenty of betting activity on a daily basis.

Cricket – Kenyan’s love their cricket and with the national team competing regularly at the World Cup, it always gets plenty of interest from the bettors. There are always plenty of cricket markets available for International games as well as the IPL and Big Bash League.

Rugby – Rugby is also still popular in Kenya with many punters opting to wager on the Six Nations, Rugby World Cup and Rugby World Championships. It is particularly popular with in-play bettors.

Athletics – Kenyan bettors aren’t necessarily spoilt for choice when it comes to athletics events but with the country dominating certain events in recent years, there are always markets available ahead of the Olympics and major meetings.

eSports – One of the fastest growing sectors in the world, eSports has begun to attract plenty of interest amongst younger bettors in Kenya. Markets are still limited but there is always plenty of interest in major competitions and events which take place at various stadia around the world.

What Markets Are Available in Kenya?

To Win – This is the simplest market to understand and therefore remains the most popular. It is also displayed as 1X2 and it requires bettors to predict the outcome of the match. Players can choose home win, away win or draw.

Total Goals – A great way of betting without having to predict the final result. This is very popular because winning bets may be settled within thirty minutes of kick-off and can also still be in-play with just second left on the clock. The most popular bet is Under/Over 2.5 Goals.

Total Points – Same as above. This tends to be popular with basketball and cricket bettors and it is a case of predicting either a high-scoring or low-scoring contest.

Asian Handicap / Handicap Markets – Most bookmakers will offer this. Sport Pesa are one of the most popular sportsbooks to allow bettors to explore the handicap market. These give the outsiders a head start or they allow punters to extrapolate value by giving one side a handicap (e.g. -1 goal)

Spread – Same as above but this is specific to American sports such as Basketball, Football and Hockey. It is a great way of extracting value from a seemingly one-sided contest.

Correct Score – This is a specific market which is used primarily for football games or tennis matches. Higher odds are available for this market as these are harder to land. These are also popular with in-play bettors.

Singles – Kenyan bettors enjoy all kinds of bet but these are the most popular due to their simplicity. This is just one selection and it will be paid out once the contest has concluded. It is the favoured bet by big-spenders and is far less risky than a multiple wager.

Accumulator – Accumulators are extremely popular with Kenyan bettors and many bookmakers will offer additional bonuses for players who place weekend multiples. They can be assembled using selections from any sport although punters tend to stick to football or basketball. They can also be popular with tennis bettors during Grand Slam events.

All selections must win in order to receive a pay-out. Although they are riskier, stakes tend to be kept low. They can pay-out potentially life-changing money although they are difficult to land.

In-Play – The rise of in-play betting has seen more Kenyan bookmakers offering live markets during Premier League, NBA and NFL matches. There are still hundreds of markets available once the game has got underway and although these odds will change throughout the game, it can be very profitable if you get your timings right. With TV viewing on the rise, in-play betting has also followed suit and several wagers can be placed at various intervals during the match.

There are numerous payment methods available for Kenyan bettors and the majority of bookmakers will offer these to new and existing customers. All major credit cards are accepted with VISA, Mastercard and Maestro amongst the most popular.

eWallets have also become increasingly common and PayPal, Neteller and Skrill are just some of those which are accepted by operators in Kenya.

Pre-Paid cards are also available whilst Bank Wire Transfers are another way of funding an account. Minimum and Maximum limits can sometimes be applied to some of these methods so it’s always advised to check before signing up for an account.

The majority of Kenyan bookmakers will offer an incentive to join and those companies which are based overseas often have a special bonus for new customers.

These usually come in the form of a 100% sign-up bonus which can be claimed when making an initial deposit. These are a great way of boosting betting balances shortly after signing up.

Some of these will require bettors to input a bonus code when submitting details and it’s always best to check beforehand. 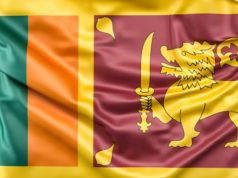 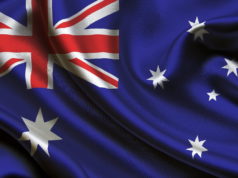 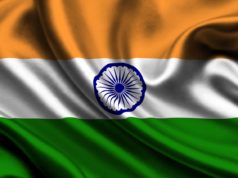